Join pioneering small ship expedition cruise company Heritage Expeditions and WildNature Photo Expeditions, on a thrilling in- depth exploration of Australia's world-famous Kimberley Coast. This area is one of the world's most pristine and untouched wildernesses, and you will experience it onboard the luxurious, 140-guest expedition ship Heritage Adventurer, as well as plenty of landings.

Best explored by expedition vessel, our Kimberley cruises allow an up close and intimate exploration and immersion of this rugged wilderness dwarfed by nature on an unfathomable scale. Highlights of our voyage include the unforgettable spectacle of King George Falls cascading 80-metres down 2,000 million-year-old towering cliffs, the outdoor galleries showcasing the 60,000-year-old Aboriginal rock art of the Gwion Gwion and Wandjina people, World War II relics and early explorer history.

At Talbot Bay we will experience the power of the region's massive tidal movements and the world's only Horizontal Falls described by David Attenborough as "one of the greatest wonders of the natural world", and marvel as the world's largest inshore reef system at nearby Montgomery Reef 'rises' out of the water with the falling tide.

Hidden among jagged sandstone monoliths, the final resting place of the remarkably preserved skeleton of a WWII Douglas DC-3 Aircraft awaits discovery at Vansittart Bay, while a glimpse into Australian colonial history can be found carved into the trunk of the centuries old Mermaid Boab Tree at Careening Bay. Enjoy astounding wildlife encounters and observations from the region's iconic saltwater crocodiles through to the birding paradise of the Lacepede Islands and one of the world's largest and most pristine mangrove systems along the Hunter River home to White-bellied Sea Eagle, Osprey, Red-headed Honeyeater, Blue- spotted Mudskippers, Fiddler Crabs and more.

Discover an ancient landscape like no other as we expedition cruise the untouched beauty of Australia's iconic Kimberley and experience the truly epic scale of this magnificent region by ship and Zodiac on this unforgettable Australian adventure.

We will have a maximum of 8 photographers on this expedition, led by professional nature photographer and tutor, Michael Snedic

Photographers of all experience levels are welcome. Michael will be guiding you and supporting your photography during the expedition. Not just in taking photographs in the field, but also in reviewing and refining your photos along the way.

On this expedition, Michael Snedic is there to help you photograph the stunning scenery and wildlife we will encounter. He will be conducting a series of classes throughout the voyage, as well as being on-hand throughout the outings.

As well as being a professional wildlife and nature photographer, Michael is an experienced photographic tutor (19 years). He is an experienced (26 years) and widely published wildlife and nature photographer and writer. Michael's articles and images have featured in many magazines, calendars, diaries, books, brochures, billboards and many other publications, across Australia and the world.

Anyone in normal good health can join us on this adventure. There are no special fitness requirements, although we will be often climbing into and out of the inflatable Zodiac boats, and walking on shore. Out on the ocean and exposed to the elements it can get quite cold. But it is summer and at times in the sun it can be quite warm.
The ship has a doctor and basic medical facilities on board. If you have specific health concerns or dietary requirements the staff at Heritage will be able to advise you. There’s also a gym on board if you feel the need to get extra workouts. Actually, with the excellent meals provided on these trips it’s not hard to put weight on, so some people like this option.

The 'Heritage Adventurer' is one of Heritage Expedition's latest additions to its fleet. Although we won’t be seeing ice on this voyage, the ship regularly visits both polar regions and is a very capable vessel. She also has plenty of vantage points for scenic and wildlife photography from all around the ship.

The trip is being put together with our partners at Heritage Expeditions in Christchurch, and they take care of the bookings and travel arrangements for us, while Michael runs the photography program.

There are a variety of cabin classes. As usual with these ships your choice of berth/cabin type directly impacts the price of your ticket.

Prices are in Australian dollars

*Prices are in AUD. A 25% deposit is required to secure your place.

PRICE INCLUDES PHOTOGRAPHY TUITION FEE BY MICHAEL SNEDIC, WHICH WILL BE INVOICED SEPARATELY.

NB: THE PRICE SHOWN IS THE TOTAL YOU WILL PAY.

To reserve your place or just to ask more questions about this photo expedition, please contact Michael either via his Contact Form or by calling +61 408 941 965. 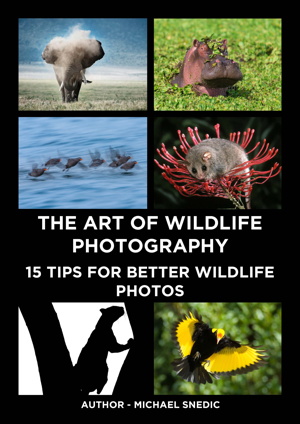