Frog are, without doubt, one of the most beautiful groups of wildlife to photograph. There are countless species out there and they are found in a variety of different shapes, sizes and colours. Frogs have always been very popular photographic subjects, but unfortunately many photographers struggle with getting great shots. In this article, I am listing some of the proven techniques I have used over the past 21 years in achieving great frog shots.

I regularly see images of frogs (which are mostly taken at night) that are way too bright. This is due the photographer using incorrect flash techniques. I recommend using a macro or ring flash (or similar) and reduce the power of the flash if needed. If you are using a conventional flash that sits on your camera’s hot shoe, I would suggest using a diffuser on the flash, to reduce the intensity of the light emitted. This will eliminate any harsh light from being thrown directly onto the frog, causing unsightly overblown areas.

If the frog you are photographing is positioned front-on to you, I like to make sure that at least the head (especially the eyes) of the frog are in focus, as well as the toes and legs. The back of the body can be out of focus, as this draws the eye of the viewer towards the most important parts. In some cases, where a frog has beautiful eyes, such as the Red-eyed Green Tree Frog shown above, it’s also okay to focus on just the eyes and front of head, to showcase this feature, while the rest of the body is blurred.

A busy, cluttered background can be quite distracting in a photo featuring a frog. It’s not always possible to choose where the frog will be, so using shallow depth-of-field will help you blur the background out.

In situations where there are are quite a few frogs around, I suggest choosing one individual that is on its own and separated from the background, so that it stands out.

Depending on where you live, there can be quite a few opportunities to photograph frogs. In Queensland, Australia, where I live, there are quite a few frogs around and obviously the warmer and wetter it is, the more frogs you will find. In places like Lamington National Park, Red-eyed Green Tree Frogs are easily found in the small ponds at night time.

In Far North Queensland, where its warmer for longer and much more humid, there are lots more frogs, both in numbers and species. Many people have resident frogs living in and around there homes.

There are also various ‘frog clubs’ around, which are worth joining. They often have expert enthusiasts who not only know the different species and their calls, but also where to find them. 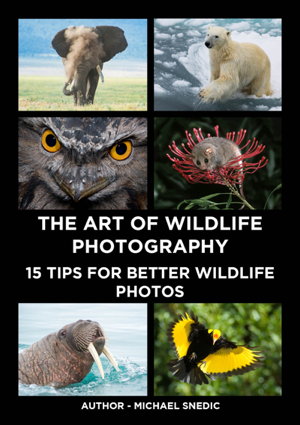